Salted, pressed and air-dried for weeks, bottarga is prepared using full, in-tact fish roe sacks and ancient curing processes. During production, the roe pouch and eggs fuse together to become one hard solid piece that is protected from spoilage by both the salt content and the outer membrane of the fish's skein. As these dry-cured fish roes and their salty, briny, tangy, semi-bitter "caviar" flavor are ever increasingly utilized by the world's chef and specialty aficionados, bottarga's rich history and product diversity stands as a testament to its value and uniqueness in the culinary world.

Bottarga might seem like strange new ingredient to many people, but similar methods of preserving fish roe have been used since before recorded history. The term "bottarga" itself comes from the Italian word botarghe which began appearing in Italian transcripts and cookbooks over 500 years ago. The same dry-cured fish roe was described by scholars centuries before that even, using terms like the Arabic buṭarḫah, and the Byzantine Greek oiotárikhon which first appeared in the eleventh century writings of Simeon Seth. Simeo denounced the food as something to be "avoided totally", and 1,000 years later there are many people who still agree with him. Despite once being referred to as the "poor mans caviar", ancient bottarga has recently found increased popularity across the world as more and more chefs begin to incorporate its salty/briny "Mediterranean sea" flavor into everyday cuisine. 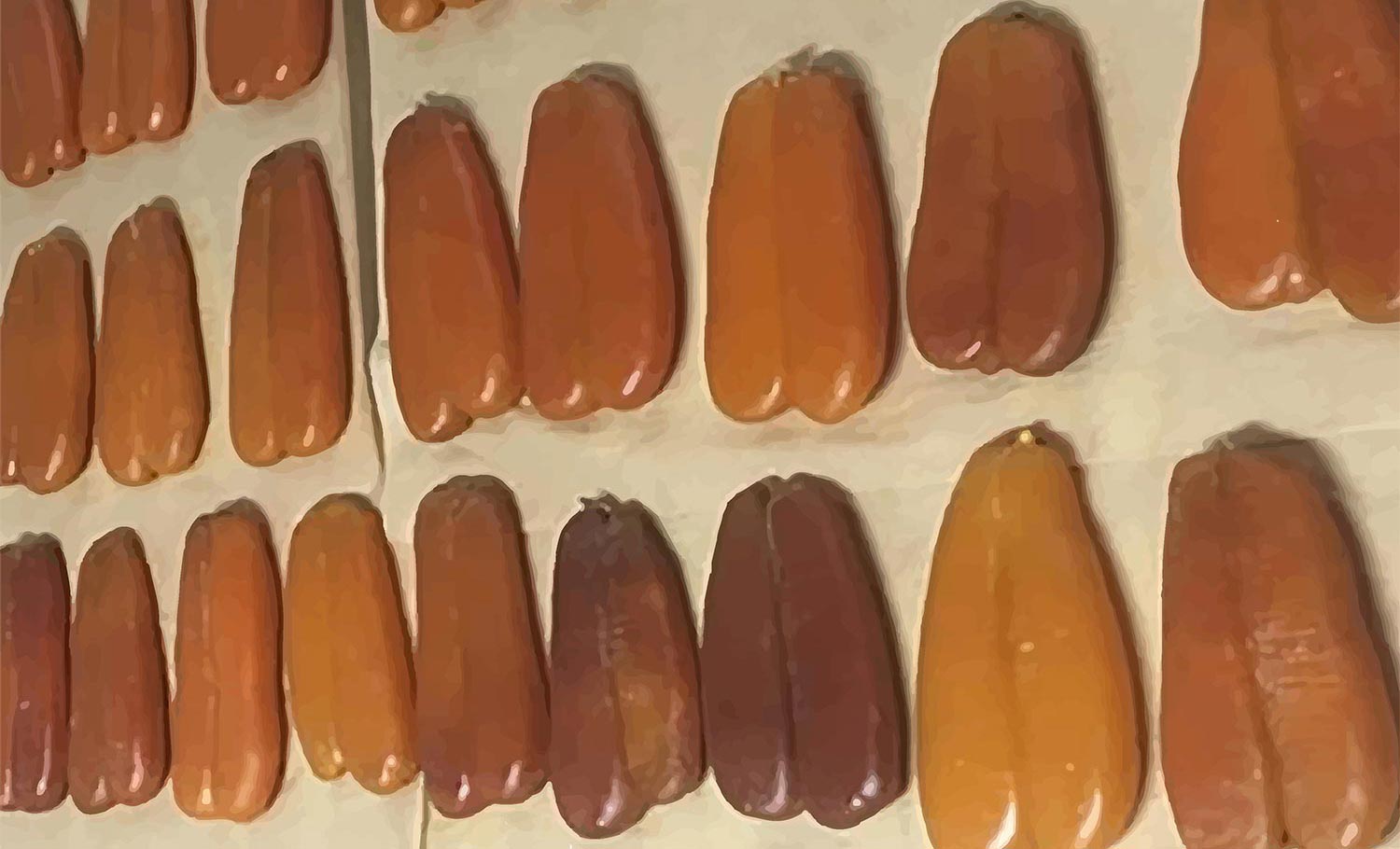 What's the difference between tuna, mullet and cod bottarga?

Not all bottarga comes from the same fish species, and each bottarga type is produced using slightly different methods depending on the size, moisture and fat content of the roe sack. Generally, all are cured using a similar salt percentage, pressed to remove air, and dried for a number of weeks until hardened. While these bottargas are all commonly thin-sliced or shaved over European style dishes, they all have distinct differences in flavor, texture and appearance which can be important to know before buying and trying them yourself.

Tuna bottarga can technically come from any tuna species, but bluefin and yellowfin are by far the most popular choices for roe. Compared to other bottargas, dry-cured tuna roe is the largest, firmest and strongest in flavor. The roe pouches are a deep red color, like lean raw tuna meat, and usually long and skinny by the time production is complete. Quite possibly the most bang for your buck, tuna bottarga is packed full of intense tuna fish flavor and a strong brininess of the deep ocean. You only need a few pinches to add a remarkable seafood flavor to any plate.

Mullet bottarga is the most commonly used worldwide, and often the first type that comes to mind when someone says "bottarga". Dry-cured mullet roe is smaller and slightly softer in texture and milder in taste than tuna bottarga. The brine flavor of mullet bottarga is still pronounced, with a hint of bitterness that pairs well with the salt content. Although made from various mullet species across the globe, the grey mullet bottarga of Europe and North America is the most widely used by far. The orange roe pouches of the grey mullet are brighter and shinier than most other bottarga types, often having a wax-like feel and appearance.

Cod bottarga is dry-cured roe harvested almost exclusively from the Norwegian skrei, Atlantic cod dwelling in the frigid waters of the Arctic Sea. Those that find tuna and mullet bottarga to be "too strong" in flavor might appreciate the much milder, fresh seafood taste of cod bottarga. Thanks to their cold-water environment, these cod produce roe with a much lower fat content than other fish (2.6% fat compared to the 25% fat in mullet roe) which helps produce a more tender, less-fishy bottarga. After drying for 10 to 15 weeks in the cold Norwegian winter, cod bottarga becomes a dark orange/brown color, shrinks to about the same size as mullet bottarga, and becomes much softer than other dry-cured fish roes. 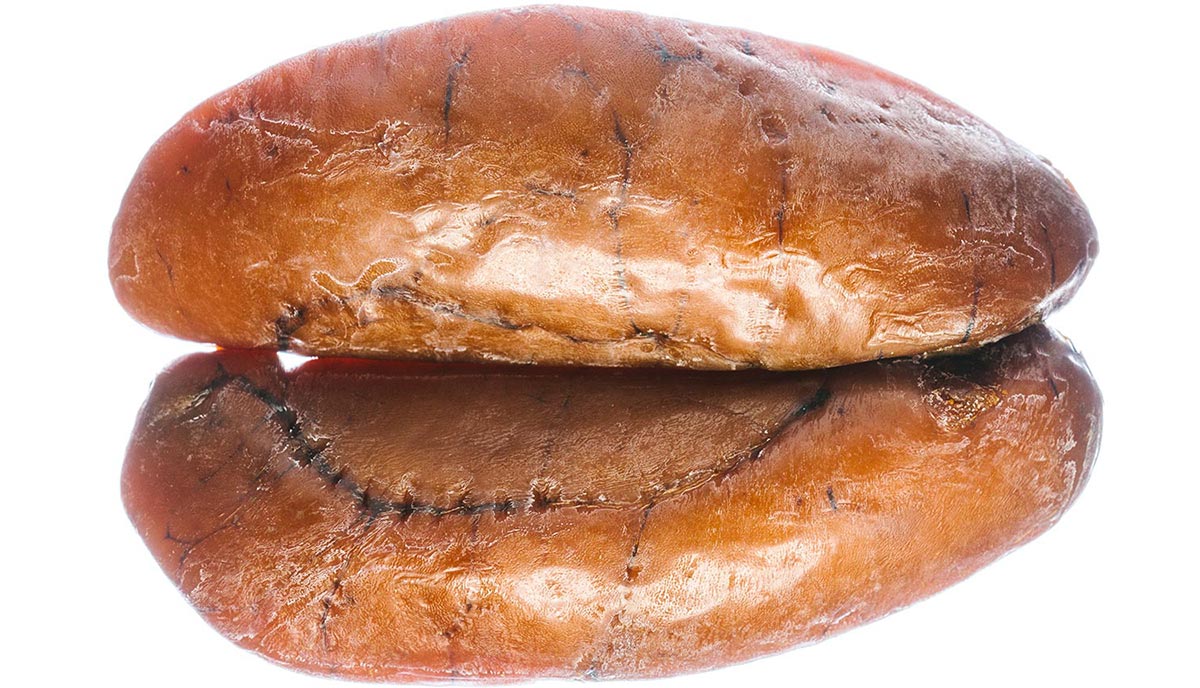 Other bottargas can come from species like drum, mackerel, swordfish, halibut, herring, flounder, seabass, shad, weakfish, ling and even feeder fish like mollies. Any fish that produces small eggs (salmon, trout and sturgeon eggs are too big) in a durable membrane can technically be harvested to make bottarga. The various types are all different from each other in size, texture and brine flavor, with a mild to intense taste of the fish and roe being produced.

Bottargacan alternatively be prepared with wax, baked or fried in oil depending on the region it is produced in. While the term itself technically refers to dry-cured strips of fish roe, "fresh bottarga" is gaining popularity as chefs experiment with cooking raw roe sacks. Whether produced in Spain, Italy, France, Greece, Turkey, Croatia, Norway, Mauritania, Senegal, Mexico or the USA, the taste of the bottarga tends to change depending what country it came from. Finding what bottarga type from what region suits your taste takes a good bit of experimentation.