The Caspian Sea is the largest inland body of water in the world, and the largest salt-water lake on Earth. Since it has no outflows (no rivers run out of it), it is not technically a "sea." To this day there is still debate on whether the Caspian Sea, bigger by volume than both the North and Baltic seas, should be referred to as the Caspian Lake instead of a sea. Even though this immense body of water has no water flowing out of it, the Caspian is known for its other rivers; the ones made of oil, natural gas, and caviar.

Caviar is one of the biggest names when it comes to luxurious food. Along with the Caspian's gas and oil reserves, the most popular caviar producing sturgeon species originate from this body of water and others around it. It is historically the most caviar-rich location on the planet. For those who have been eating caviar for a while, the two names are basically synonymous. You can't think of caviar without thinking of the Caspian, and when you think of the Caspian Sea you coincidentally think of caviar.

Just how old are sturgeon and the Caspian Sea?

By the time the Caspian Sea formed, sturgeon species had already been swimming for about 200 million years. The Caspian was created about 5.5 million years ago when it was cut off from the Tethys Ocean due to shifting of tectonic plates. Many of the world's sturgeon species, having not evolved or changed much since their time living with the dinosaurs, followed the flowing rivers to find a new home in the Caspian. With no natural outflow other than by evaporation, sturgeon have stayed and thrived in the waters of the Caspian for as long as any other marine life.

The earliest hominid remains found around the Caspian Sea date back to around 1.8 Ma (The Pleistocene epoch often colloquially referred to as the Ice Age). There have been records of both people and sturgeon in this area for thousands of years. Maybe our ancestors on the shores of the Caspian sea ate sturgeon roe from beluga, osetra and sevruga eons before it was considered a delicacy. 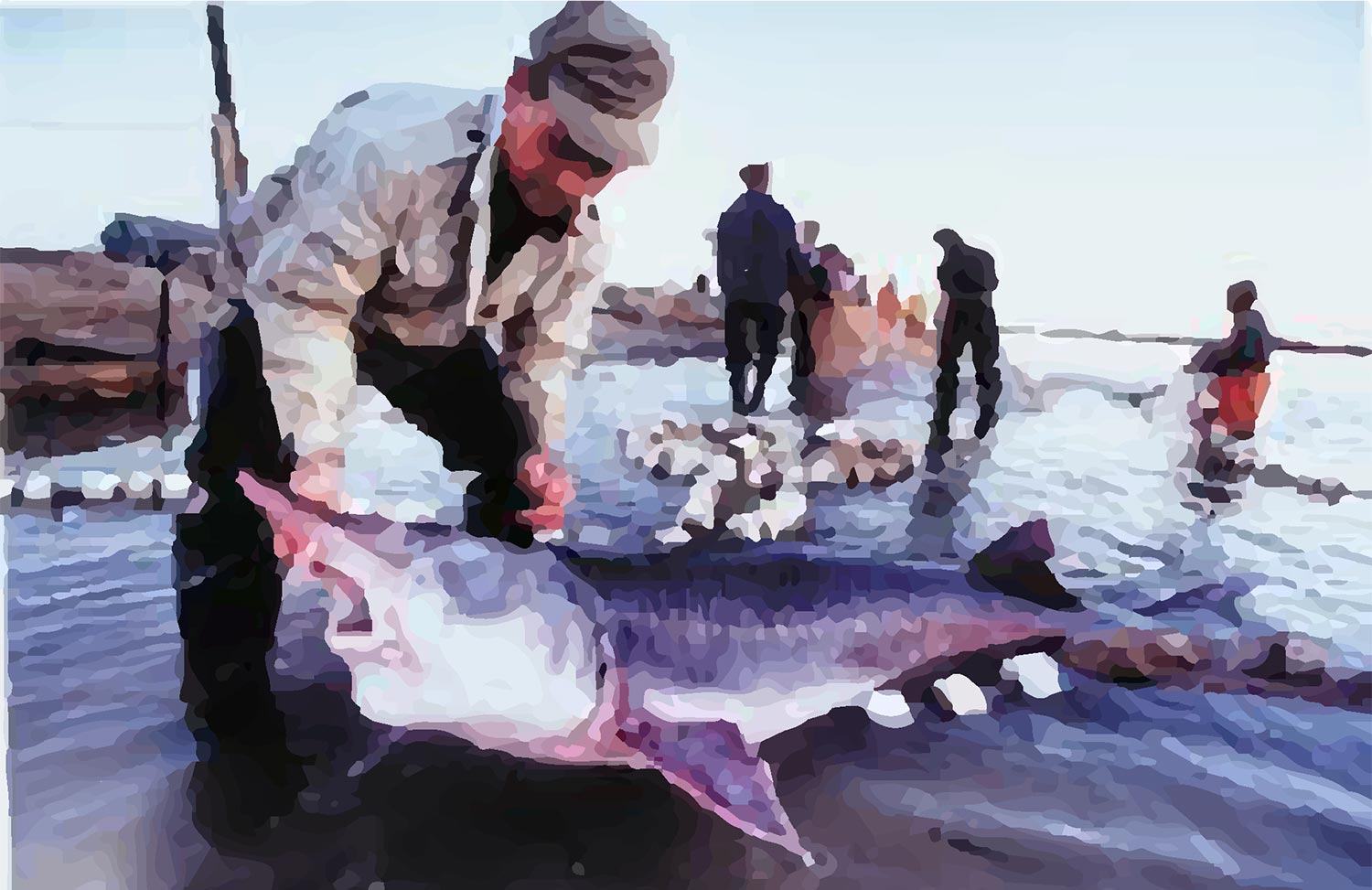 The most famous and most expensive caviar is the roe of the Beluga Sturgeon, a species which primarily comes from the Caspian Sea. The price of beluga is directly related to its quality and rarity; Beluga-albino caviar called "Almas" is regularly sold for over $25,000 per kilogram.

Due to the popularity of its eggs, the beluga sturgeon has been fished to the point of becoming critically endangered. The United States has had a ban on the importation of Beluga caviar originating from the Caspian Sea and Black Sea since 2005, and even today will stop the domestic trade of Belugas that have been farmed in other countries. Although suffering for many years, there are now signs that populations of beluga and other sturgeons from the Caspian Sea have begun to climb thanks in part to protection initiatives.

There are 5 other types of sturgeon native to the Caspian Sea: the Danube sturgeon (osetra sturgeon, diamond sturgeon, or Russian sturgeon), the Bastard sturgeon (spiny sturgeon), the Persian sturgeon, the Sterlet sturgeon, and the Starry sturgeon (sevruga). In recent decades, all of these species have had their wild populations threatened due to over-fishing, pollution and habitat destruction. It is only recently that conversationalists have been able to celebrate a possible come-back of wild Caspian sturgeon. 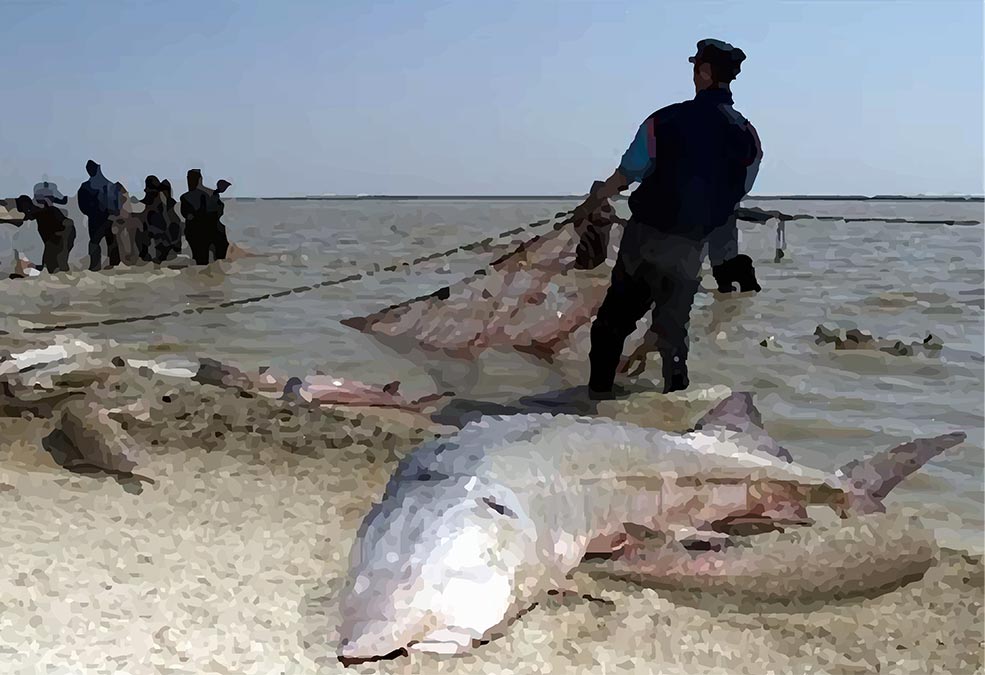 What does the future of Caspian Caviar look like?

Unfortunately, the water quality of the Caspian Sea is still questionable due to oil spills, pollution and waste. Various beaches in the region were recently deemed unsafe for swimming due to contamination, but this has not stopped locals from enjoying their closest option for a beach holiday.

Development and clean-up in the region has also been halted as problems with the status of the Caspian Sea and water boundaries among bordering nations arise. The countries surrounding the Caspian are not all working towards conservation in the same manner. There is a lot of controversy over trans-caspian oil and gas pipelines allowing western markets easier access to oil and gas reserves, a move which could potentially disrupt the ecosystem of the large body of water. Much like the sturgeon, once a pollutant flows into the Caspian it has no where else to go.

A lot of this sounds like bad news for the native sturgeons of the Caspian Sea. As we mentioned earlier, we have seen a population increase in native Caspian Sea Beluga among others, but this bounce-back is fragile. We are still one piece of legislation or one pipeline deal away from seeing another decline. Sea or salt-lake, we need to protect this important body of water to make it safer for humans as well as our most beloved sturgeon. The future of Caspian Sea Caviar as well as the Caspian Sea itself is still controversial to say the least. Only time will tell how our favorite caviar will thrive in its favorite environment.